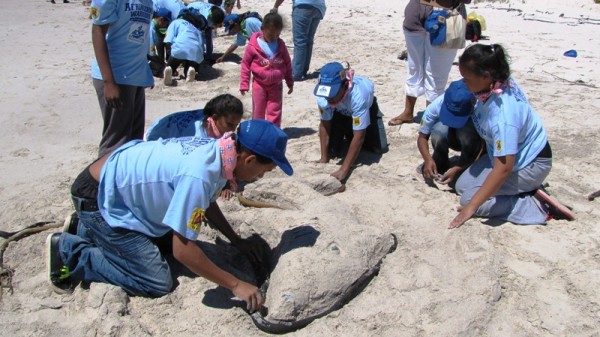 Bussing in all our AfriOceans Warriors tribes early on Saturday morning, 23 November was a logistical nightmare but all went smoothly until they embarked from their busses. Unbeknown to me, or our arriving teams, was that a small troop of baboons was also waiting and decided to pounce at that moment!  After a few moments of chaos, choice words directed at the baboons followed by some well aimed rocks, we got underway. Each team of 6 were given different coloured bandanas to wear for identification. After giving our AfriOceans Warriors the rules and initial instructions we moved down onto the beach for the first challenge – sand castles to portray sea creatures. Each team was given 20 minutes to produce their huge sandcastle. And the results were astounding! 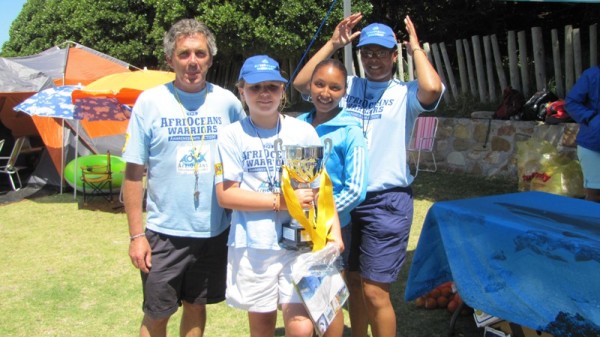 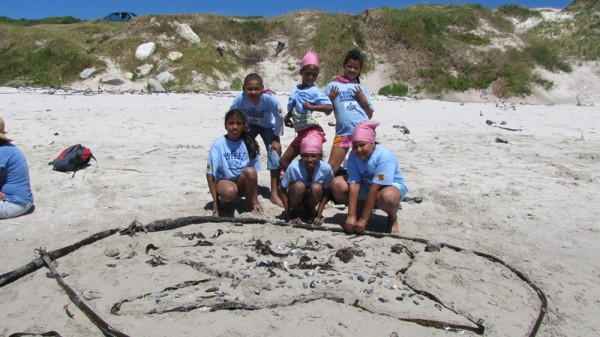 Then we were off along the coast, walking and completing a worksheet that was designed to test our learners knowledge from their weekly lessons at their respective schools. It was great to see them answering the questions with confidence, confirming the value of the AfriOceans Warriors programme as we sought to build up our kids knowledge of sharks and our Oceans. Reaching the tidal pool at Bordjiesdrif was a highlight for many as we continued a range of challenges, including performing their AfriOceans Warriors chant, tug of war and an exciting swim challenge that got everybody soaking wet. Great fun was had by all. 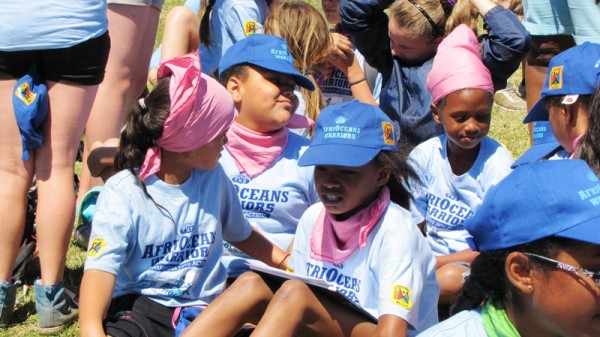 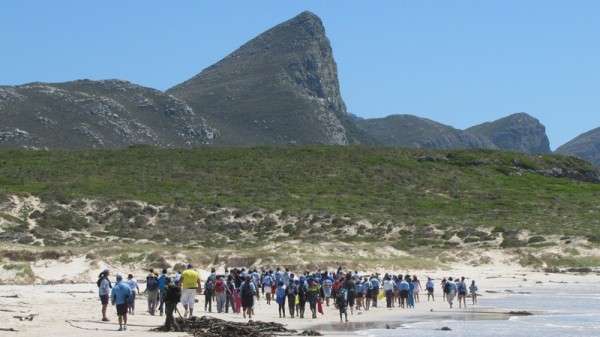 And when the points were tallied up, there was only one winning tribe! St. James R.C. Primary school walked away with the trophy for a second consecutive year, followed closely by Simonstown school and joint third place going to Marine Primary from Ocean View and Kirstenhof Primary from Kirstenhof. We also selected our 2014 AfriOceans Warriors Ambassador Emily Riseborough, also from Kirstenhof. Well done to all and to each one of those who took part. 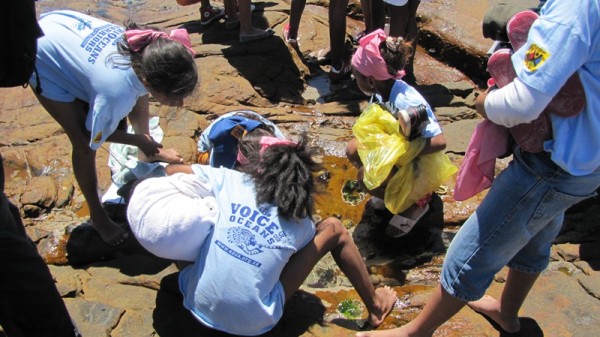 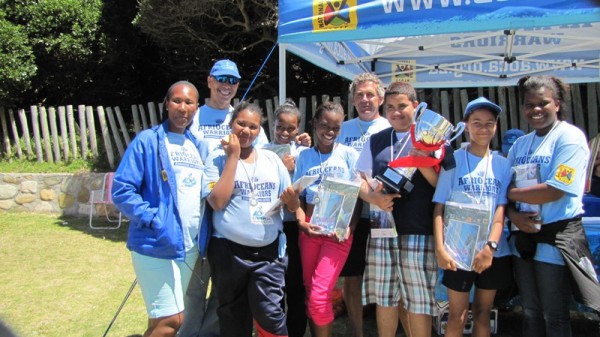 Whilst our Shark Warrior Lesley Rochat unfortunately missed this awesome event due to date changes from poor weather,our AfriOceans Warriors education team led by Terry Corr and Charmaine Rochat, supported by Ishmael Sabodien, Kashiefa Jongie, Pamela Ngudle and Taryn van Neel did us proud. A big thank you to the National Lottery Board who has so generously funded the AfriOceans Warriors programme. 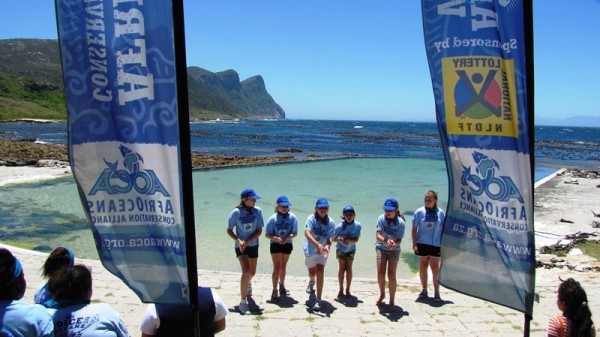 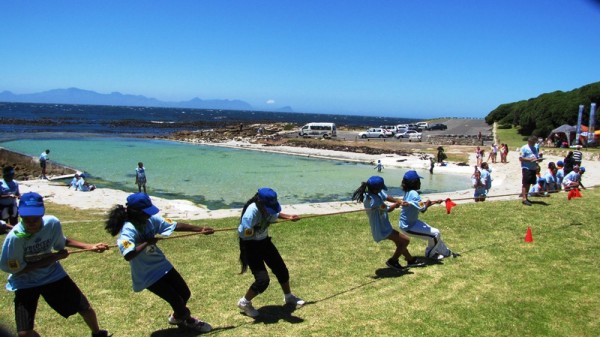