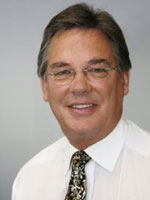 Horst Kleinschmidt has been an activist all his life. He fought against apartheid and for the rights and dignity of the oppressed people of his country. For this he went to jail and then into exile. “Now that we have attained our freedom we have many other challenges,” says Horst. “One of them is to make our society a kinder and more humane one. That includes learning to live in harmony with our environment. The animal kingdom in South Africa has had a raw deal for hundreds of years.

Many people now champion the cause of terrestrial animals. Having been an IWC Commissioner, the plight of the world’s oceans became apparent to me.” After an extensive political history, Horst served Deputy Director-General, Marine and Coastal Management, Department of Environmental Affairs and Tourism 2000 – 2005.

He was credited with having re-allocated fishing quota’s from being a white domain to one that is broadly representative. Since April 2006 he is the Managing Director of Feike, a private company that gives advice on natural resource management, primarily in the marine sector ( www.feike.co.za ). Aside from an outstanding accolade of post graduate degrees and awards, Horst was also knighted “Order of the Polar Star”, First Class, by the King of Sweden.